For years now, everyone who thinks they know a lot about printers will tell you to always buy a laser. “They print more pages, they cost less, they work better, they come to your house and give you $50 on your birthday.” And for years, most of this was true. Not the birthday money part though. I made that up.

In comes HP with their PageWide series. Everything you’ve come to know and love about your inkjet printer, with none of the hassles of a laser jet (yes, there are many). Also, faster and cheaper than any laser you’ll find in the store.

The HP PageWide Pro 477dw is part of the latest generation of HP PageWide Printers. As such, it’s pretty awesome. Does it live up to the hype? We’ll see. SPOILER ALERT: Yes, yes it does. 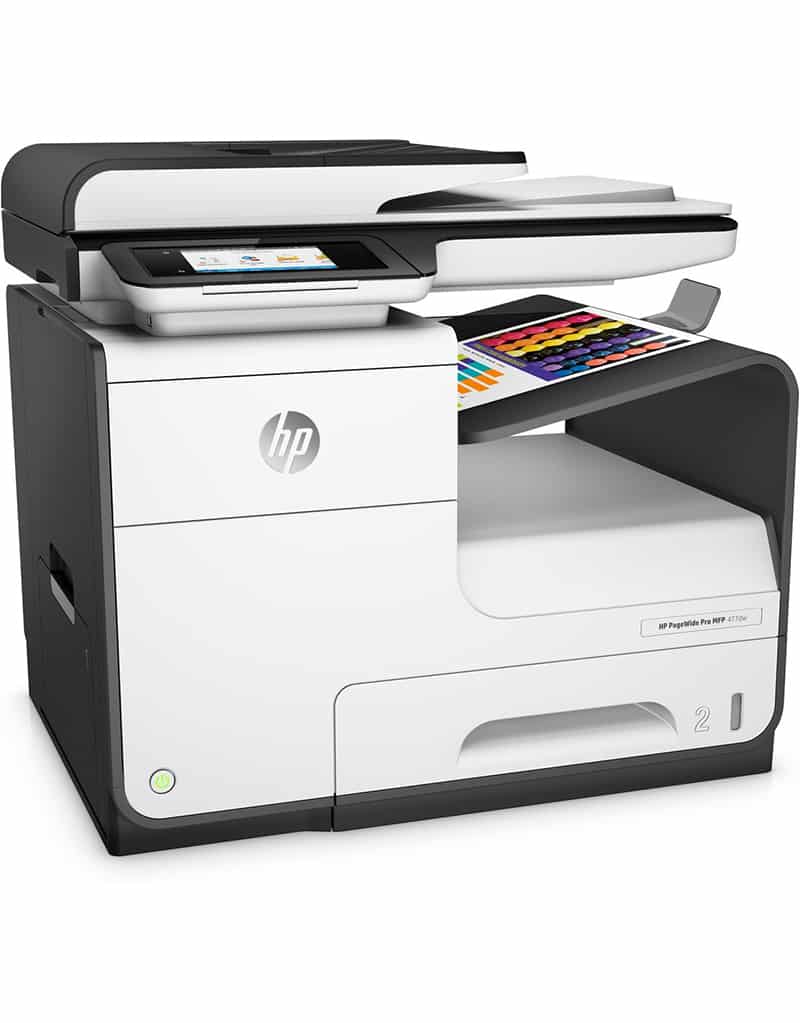 The HP PageWide Pro 477dw is built to be fast and efficient. To become the fastest inkjet printer available, HP had to change the way printers work. This printer got its name because of how it prints. The cartridges for the PageWide Pro 477dw are long and skinny. They span the entire width of the page and print across the whole thing at once. Hence, PageWide. This allows for less ink, more precise printing, and whole pages printed faster than ever before. Basically, it’s an inkjet that prints like a laser jet.

For the first point in the pro column, this printer is fast as hell. The PageWide Pro 477dw prints color and black and white at up to 40 pages per minute. My store rep from HP claims he’s gotten to a page per second of black text on draft quality, but that is NOT official. 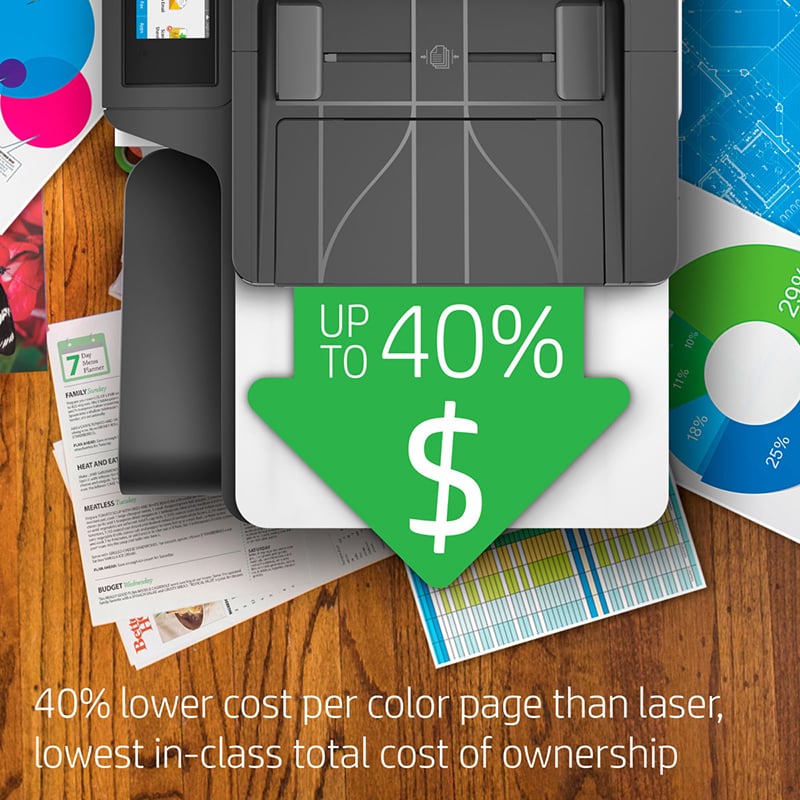 What this means for large offices or high output customers is less cost and less time. Less time swapping cartridges, less time waiting for prints, less time for your employees to stand around in a line for the printer.

Besides speed and cost, the HP PageWide Pro 477dw has all of the features business customers could ask for. Automatic two-sided printing and scanning, primary and secondary paper trays, fax and email functions, and a whole host of security features. It also prints up to 1200 dpi, so it can print high-quality photos and graphics. Flyers and customer engagement prints are cheaper and faster than ever.

This printer runs on a similar user interface to HP’s other printers. In my opinion, HP’s are the easiest printers for people to learn to use quickly. If you have a large office, your employees will be able to do basic functions easily, while your IT guy can figure out the more advanced security features. 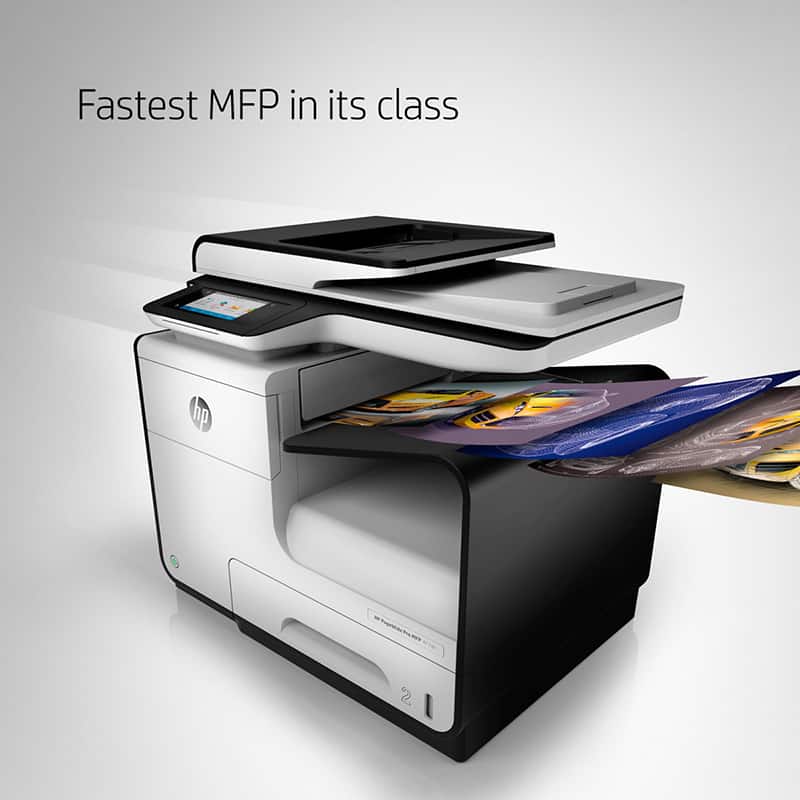 Along with the price of the printer is the cost of the cartridges. If you’ve ever owned a laser printer, then you know that more efficient cartridges cost more up front. You have to spend some money to make money. The PageWide Pro 477dw and the 972xl cartridges are an investment. If you print high volumes, this printer will save you time and money.

Another con is the size. This thing is huge. Customers see this across the aisle from the $50 disposable photo printers and ask, “Why would anyone need a printer that big?” Then I run off a few demo forms and watch their faces change.

The only other complaint I’ve heard about the HP PageWide Pro 477dw is that the display screen never turns off all the way. I don’t know why. Some people find the light annoying. I can understand the frustration, especially coming from a green company like HP, but I personally don’t think it’s a deal breaker. 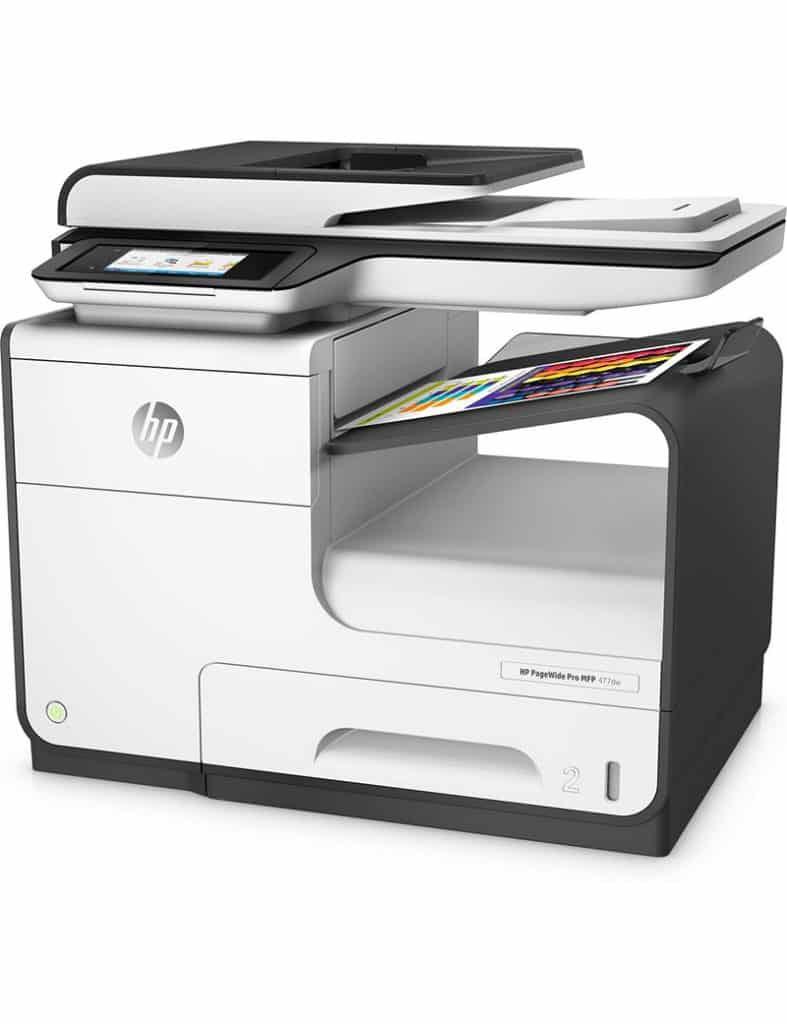 If you are a realtor, or a school or university administrator, or manager of a mid-large office, this printer is for you. The HP PageWide Pro 477dw is the fastest, most economical printer I’ve seen. The only printers I’ve seen more efficient are the Xerox machines at print shops, and this printer is faster than most of them. Color lasers don’t even come close.

I know the cost is high up front, but for any type of business printing at least 1,000 pages per month, the HP PageWide Pro 477dw is a perfect choice. I have sold a lot of these printers. I’ve had a lot of customers come back to tell me how great it is, but I’ve never had a customer come back to complain. That is why the HP PageWide Pro 477dw gets my highest recommendation. 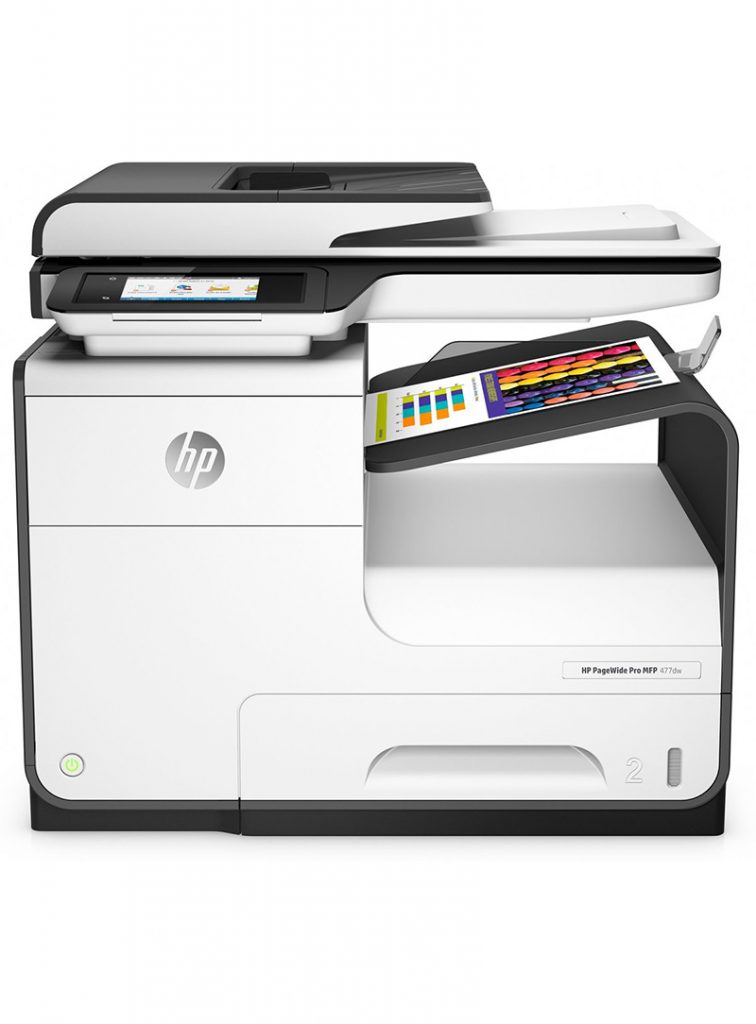 As always, check out our other reviews, and happy printing!